I had the wonderful opportunity to meet and work with Jaime Wright in early February. I was asked to photograph three women in the Bay Area as part of a promotional film and stills campaign for the company she helms, Lolly’s Locks. Their mission is clear, to provide high-quality wigs to economically disadvantaged cancer patients suffering hair loss as a side-effect of chemotherapy. Jaime is the daughter of Lolly, who the company is named after, and she is living the legacy that her mother instilled in her. What Lolly’s Locks does for women has a hugely profound affect on them.

We ended up only shooting 2 of the 3 women scheduled and one happened to be a dear friend, Ali, whose cancer I am chronicling as part of a long term photography project. Then there was Alicia who was so incredibly open and honest about her cancer journey even though she was very camera shy. Both women talked about how having high quality wigs have helped them through some of the very tough stages of their treatment.

For more information about Lolly’s Locks please go to their website. And check out the film, Lolly’s Locks Campaign Video – 2015, that Studio Say So did which included women from L.A., San Francisco and Oregon.

It was truly an honor for me to work with this group of people. 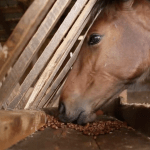